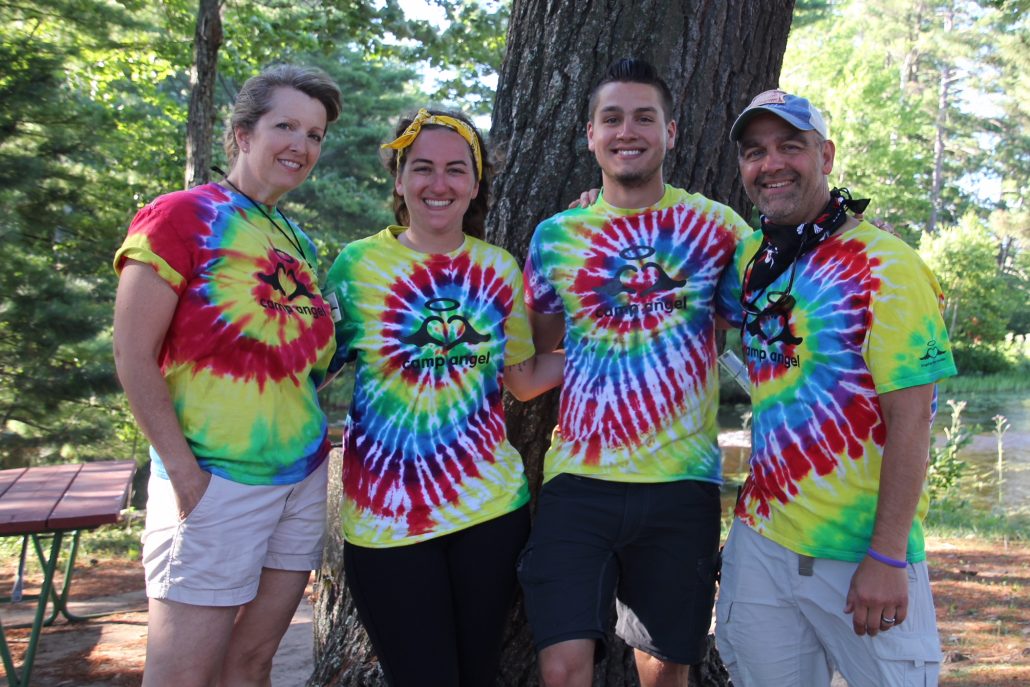 Born and raised in Milwaukee, Rob Graziano moved to Muskego with his late-wife Renee

in 1994. Two years after daughter Nikki was born in 1995, Renee was diagnosed with cancer twelve weeks into the pregnancy of their son Alexander.  Renee tried everything available but lost her battle October 2001 at the age of 37

Rob said, “Her strength, her faith, and her willingness to share her story through many local speeches and through a nationally-released PBS documentary called ‘Renee’s Story’, has allowed me to find strength and help others through our pain.”

According to Rob, his involvement in Angel On My Shoulder came from this strength. “I had given speeches on behalf of caregivers,” he said, “and that is how I was invited by Lolly to give the address at the annual golf outing in 2002 and then again (with Nikki and Alex!) in 2005.”

Traci Graziano and her family are originally from Stevens Point.  Traci lost her late-husband Fred to a boating drowning accident in 2005.  “Traci and I met in 2005 at a camp for grieving families (Camp HOPE),” said Rob, “where we both also still volunteer to this day.”

Traci and her son Tyler moved to Muskego in 2007, and Traci and Rob were married in January 2009 in Mexico with their children as attendants.  Traci’s daughter Kristin now lives in Hudson, Wisconsin, with her children Madi and Kolin, and Tyler now lives in West Allis.

Asked about the family’s involvement with Angel On My Shoulder, Rob said, “I learned about Camp Angel through a friend at church.  Nikki and Alex attended Camp Angel in 2002 and I spoke at the AOMS annual golf outing in 2002. I quickly realized what a tremendous opportunity this was for the kids and me to grow and learn through our grief, and help others. Nikki and Alex also attended Winter Camp Angel in 2003, and I attended the Angel Retreat in 2003, and we have been a part of the ‘Angel family’ ever since.” 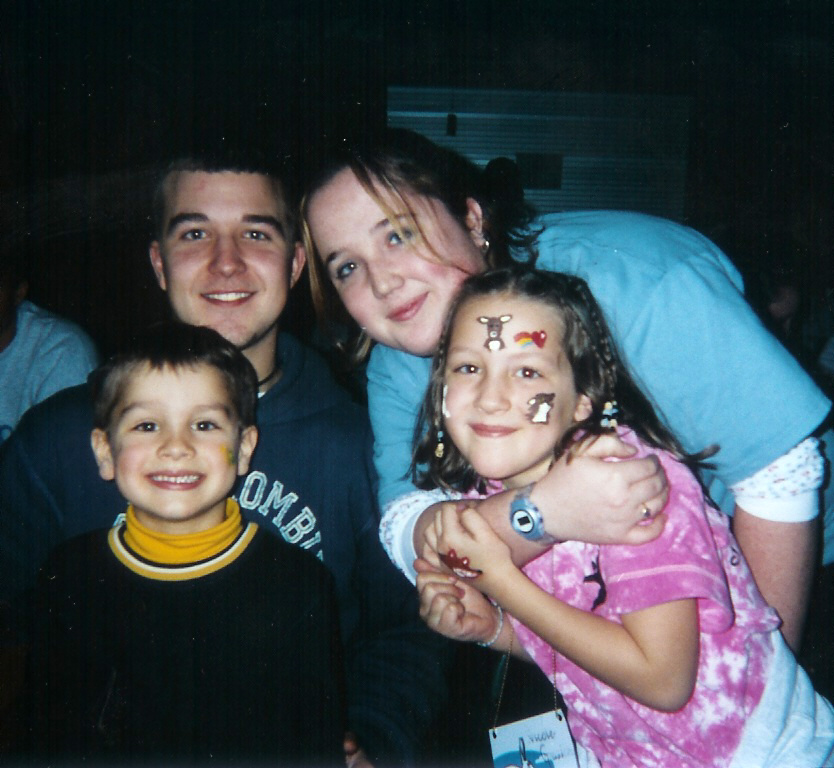 Among his other activities with Angel On My Shoulder, Rob takes photos for the organization. “Taking photos for Angel is a treat for me,” he said. “I have always loved photography as a hobby, so my kids’ lives are ‘well-documented’ through photos.  After losing Renee when the kids were at such a young age, I feel very blessed to have many photos and videos of her for the kids.”

Rob started shooting photos for Angel On My Shoulder during the boat rides at Camp Angel. “The kids usually have such big smiles on the boat,” he said. “I especially enjoy the candid photography I do for AOMS because it is so rewarding to capture the genuine, joyful emotions the kids experience at camp, whether riding on a boat, getting their faces painted, or playing games, especially knowing that their everyday life is impacted by cancer and they don’t get to experience that joy every day.”

Rob said his fondest memories of Angel On My Shoulder are when his children got to experience Camp Angel for the first time.  “When I dropped them off on Friday, I had a little ‘separation anxiety’, but they got involved in the fun right away. When I picked them up on Sunday, I heard about all the fun things they did, and I knew this was the ‘right place’ for them, plus Lolly’s hugs make you feel part of the family right away!”

Rob highlighted some of the best things for him about volunteering, saying, “I am so delighted to know that our work as volunteers yields such a fun ‘escape’ for children that have no choice in the reality that one of their family members has cancer.  It is so rewarding to see the smiles on the kid’s faces throughout the weekend, and to know that your work help make this happen.”

He said the most rewarding thing for him now is to see his adult children ‘paying forward’ the love and compassion they were shown when they came to camp as children.  He said they understand the pain associated with cancer in their family and at the same time, they understand how vital an escape like Camp Angel is to their growth. “They really want to provide that same fun opportunity for the ‘next generation’ of campers,” he said. “I have such pride as I observe Nikki and Alex grow into the compassionate adults they are, largely due to their volunteer work for AOMS.”

When asked what he would to say to anyone else considering volunteering, Rob replied, “The healing and learning that comes from sharing your life experiences and your talents far outweighs the time and effort that you put in.  We often say that we get more out of camp than the campers do! Seeing a child experience pure joy from a boat ride, or a snowmobile ride, or from conquering a climbing wall is so very heartwarming, and to know that you had some part in that joy is especially rewarding!”