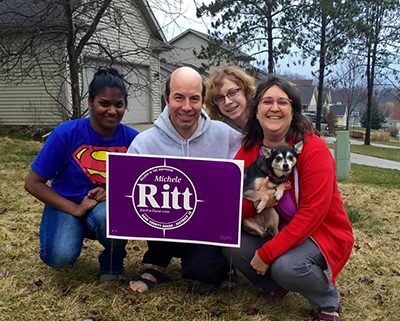 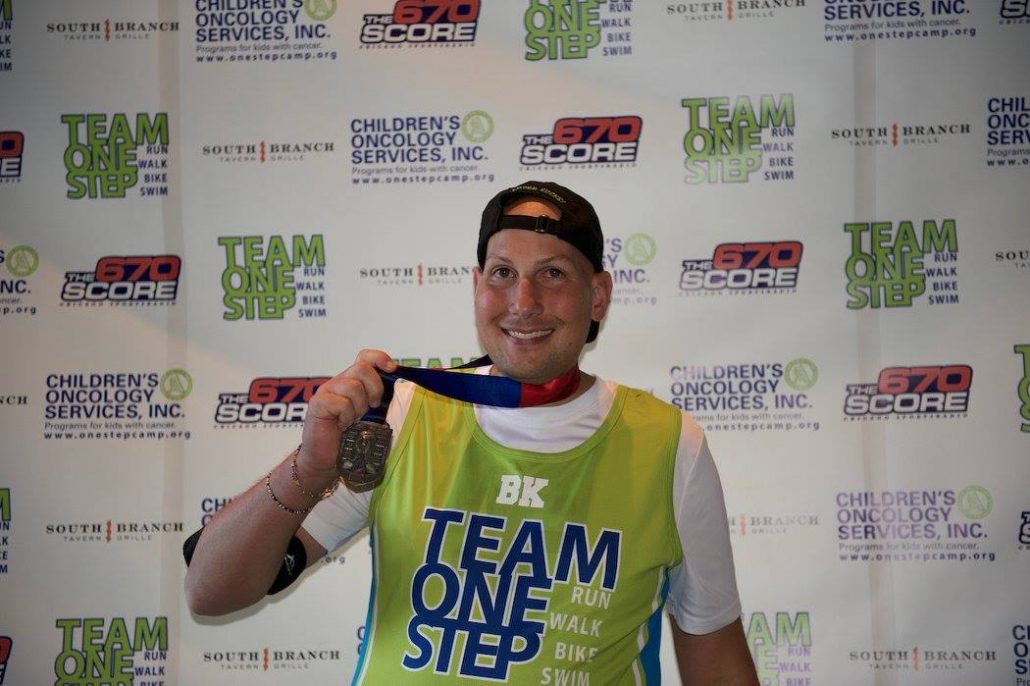 Brian currently lives in Fitchburg and works as a Comptroller for a not-for-profit organization in Madison.  This coming February he will be a 28-year cancer survivor.

Michele lives in Madison with her husband, John, their children, Priya and Josef, and their beloved dog, Juniper.  She has been a special education teacher in Madison public schools for 26 years. She also serves on the Dane County Board of Supervisors, representing the Northside of Madison.

The journey to their friendship began when Brian was diagnosed with cancer in 1991 and found himself at Camp Hozhoni.

“My parents learned of Camp Hozhoni shortly after I was diagnosed in 1991 and ‘dr agged’ me there that year,” said Brian. “I came in thinking this would be a weekend therapy session, which I wanted no part of.  I quickly realized, however, that I was surrounded by an amazing, supportive group of volunteers and other kids my age who were going through a similar experience as me in battling cancer.” 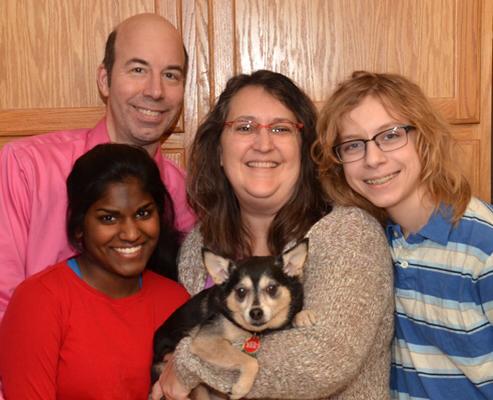 Michele, a counselor when Brian arrived, took a different path to her involvement with camp.

“During my first year at Edgewood College, I had a class requiring a 40-hour practicum,” she said. “A representative from Camp Hozhoni invited us to sign up as counselors.  I was delighted with the idea of camp as well as fulfilling my entire practicum in one weekend. I signed up immediately. This was 1988.”

Destiny brought Brian and Michele together again when Brian later decided (with his mother for a few years) to become volunteers at camp.

“I knew I wanted to work with the teen group since I felt I related to that group the most,” Brian said. “Michele happened to be one of the remaining teen group volunteers and when we were approached to lead the group, we naturally bonded as we shared the same vision for what we wanted to accomplish with this group each year –  being silly and trying to make each Camp Hozhoni a memorable weekend for the campers and volunteers.”

“I have completely lost count of how many years I have been doing this,” Brian said. “As a group co-leader along with Michele, we plan activities for our group during our breakout sessions at Camp Hozhoni.  The best thing about volunteering at Camp Hozhoni is seeing so many of the campers grow over the years and being inspired by their progress as they overcome having to deal with cancer.”

Michele said, “Every year camp is special.  The families and counselors that come to camp are meant to be there.  Even though camp lasts one weekend, less than 48 hours, each year we become instant family.”

“We are so close and work so well together,” she added, “that many campers as well as counselors at Hozhoni assume we are married. I love Brian dearly.  He is soul family.”

There have been some changes over the years. “I no longer plan the details of camp throughout the year,” Michele said. “Currently, Brian and I assist the Angel camp director with anything that she requests.  During camp weekend, we help train the volunteers and assist the director with administrative tasks. The bulk of our focus is planning and implementing the teen activities each year.”

When asked about her most memorable moments from camp, Michele said, “All of the moments are memorable.  Brian and I have so much fun planning our activities.  Camp itself is so profound, it is difficult to capture it in words.  It is almost impossible to think about kids being sick. And the stress that the families endure is overwhelming.  Hozhoni is an outlet for all of that. Parents can be with other parents who understand. They get information and support.  They get to laugh together and maybe even take a walk. Families can enjoy a hayride. No one has to cook or clean. The kids can be kids.  It’s all about family time in a place where everyone understands.”

“Outside of camp weekend, my most memorable moment with Angel was when I met Lolly for the first time,” she added. “That first year with Angel on My Shoulder, I felt so grateful.  Several Angel representatives came to camp that Saturday morning to see Hozhoni in action.  They were dressed up and so professional. I was introduced to Lolly. Instead of extending my hand, a giant hug burst out of me and onto Lolly.  I don’t think she was expecting that, but hugged me right back. That was my first favorite moment with Angel on My Shoulder.”

A Tradition of Volunteering with the Graziano Family

Riding With The Angels
Scroll to top